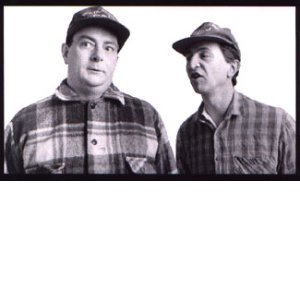 Wits and skits, crazy characters, and madcap musical melodies make for a memorable and fun-filled show! Jim Payne and Glenn Downey combine their musical and comedic talents for a show packed with laughs and sing-along silliness - a sure hit at conventions, festivals and special events. Featuring appearances by some of Canada's best known personalities from Jean Chrètien to Leonard Cohen, Roy Orbison to Rex Murphy, Sods 'n Rhymes deliver hilarious comedy and high energy performances.

Glenn Downey, actor, singer,comedian writer and producer was born and raised in Stephenville on the West coast of Newfoundland. He has been working professionally in the entertainment industry for the past thirty years. Glenn has performed in Newfoundland, mainland Canada, the U.S.A. and Europe. He is a veteran of Rising Tide Theatre's Annual Revue show, having appeared in all 26. He has appeared in movies such as The Boys of St. Vincents and Young Triffie's Been Made Away With, and has become a familiar face throughout this province through appearances in several television commercials, most notably for Cohen's Home Furnishings where he portrays Don Cherry. Glenn has been collaborating with Jim Payne since 1989.

Jim Payne's bio can be found under the Artists drop-down menu.