3. Bound Down for Newfoundland: Connemara. Traditional, PD. From Near and Distant Shores Connemara 02 50355, 1995. One of the many songs in the Newfoundland traditional music repertoire recounting sea voyages along the natural north-south trade route between Newfoundland and New England.

4. The Cliffs of Baccalieu: Ryan’s Fancy. Written by Jack Withers. From A Time With Ryan’s Fancy Boot 7197, 1979. A well-known and often sung Newfoundland song originally composed for VOCM’s Irene B. Mellon show.

8. Anchors Away: Angus Stewart. Written by Angus Stewart. From Reefer Songs, WRC4-7168, 1998. The Ramea Island archipelago on the southwest coast of Newfoundland is rife with sea songs and stories, both traditional and contemporary.

9. The Privateer: Christina Smith and Jean Hewson with Greg Walsh. Traditional, PD. From The August Gale, Borealis BCD 170, 2005. This song was collected by Houdi Rawlings from the late Denis Byrne of Conche, Great Northern Peninsula. How many conversations like it must have taken place in seafaring communities the world over!

10. The Wreck of the Steamship Ethie: Graham Wells. Written by Maude Sampson, Sabina Eisan and Rufus Guinchard. From Graham Wells; Traditional Music from Newfoundland, Chain Rock Entertainment, 2008. Remnants of the SS Ethie can still be seen off Martin’s Point in Gros Morne National Park on the west coast of Newfoundland.

11. Towards the Sunset: Pat and Joe Byrne with Baxter Wareham. Written by Pat Byrne. From Towards the Sunset, SingSong 02 0311, 1984. A song that celebrates past seafarers and timeless journeys through the waters of Placentia Bay, a place that has inspired many a songwriter over the years.

12. Sailors By Choice: Jim Payne and Fergus O’Byrne. Written by Angus Stewart. From How Good Is Me Life! SingSong 02 08798, 2007. Many people have attempted to explain the lure of salt water, and why it is that, when asked, most seamen would echo the words of Captain Bob Bartlett who said,  "If I had it all to do over again I should be a sailor just the same. There is nothing so satisfying as the sea."

Produced by Jim Payne for Historic Sites Association of Newfoundland and Labrador and SingSong Inc.

Thanks to Catherine Dempsey, Dean Williams, Rick Hollett, Jocelyn Kelland, Borealis Music, Robert Buck, and all of the artists who participated in the project.

Captains and Ships was compiled by the Historic Sites Association of Newfoundland and Labrador and SingSong Inc. to help celebrate the historic accomplishments of Captain Bob Bartlett of Brigus, Newfoundland. Among his many achievements, the extraordinary navigator and greatest ice captain of them all made possible Peary’s famous dash to the Pole in April, 1909. While acknowledging the significance of the anniversary, this collection of songs is also intended to pay homage to all the men and women of this province whose lives have been profoundly affected by our ongoing relationship with the sea.

The Historic Sites Association of Newfoundland and Labrador operates Hawthorne Cottage National Historic Site of Canada, the Brigus home of Captain Bob Bartlett. Bartlett's 50-year Arctic career as captain of many famous ships, including his own Effie M. Morrissey, made him a household name across North America.  The Association is proud to celebrate the province's many famous captains and ships, and to recognize Captain Bob's contributions. 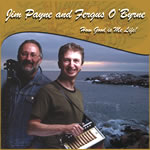 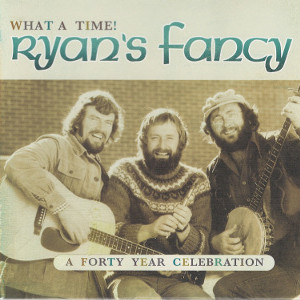